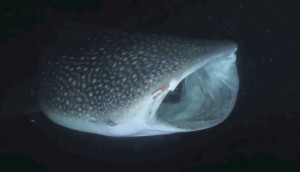 Richelieu Rock is often the very reason divers want to go on a Liveaboard to the Similans & Surin Islands, it is the dive site people most want to visit and the reason is justified. The dive site itself is breathtakingly beautiful, covered in purple soft corals, Anemones, Gorgonian Fans, Knotted fans, Sea Whips and full of life, it is easy to see why divers want to come back again and again.

No two dives are the same, and it is impossible to see everything in just 1 dive, for that reason the Scuba Explorer spends a whole day at Richelieu Rock making 3/4 dives. We have had the added pleasure of doing a night dive on Richelieu Rock, very few Liveaboards offer this due to currents, depth, customer experience or time. So of course we all jumped at the chance, kitted up and jumped in before the tour leader could change his mind.

The excitement of descending onto Richelieu Rock in the dark was apparent in all us Instructors, I don’t think the customers realised that a night dive here was not often done as they laughed at us all fighting to get in the water first. As we all descended with our torches turned on the colour of the corals light up under the artificial light, glowing in the beam it looks even more beautiful at night. The peacefulness of the Ocean at night and the fact that we were the only Liveaboard diving there made me feel utter calmness, like I was floating through space. I love night diving and this dive was definitely one to remember. 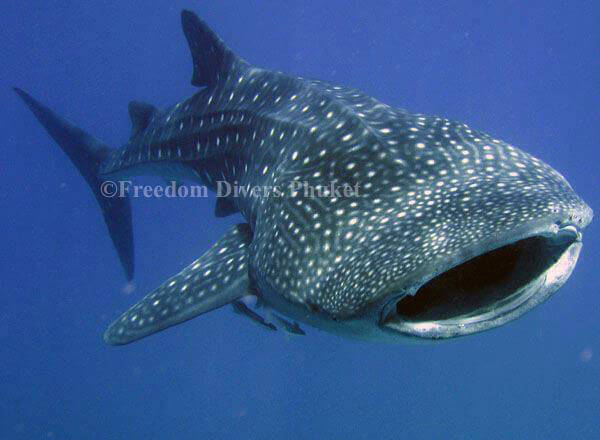 This entry was posted in Dive sites, Marine wildlife & encounters, Stories from the dives and tagged diving, wildlife on October 7, 2014 by Nina Morris.

Playing tag with a Giant Manta at Koh Tachai

Manta Ray at Koh Tachai in the Similan Islands

Diving on Koh Tachai is fun at the best of times, it can even become an awesome leg work out if the current is up to its usual tricks, which is to say, going bananas, but this day turned interesting when I was invited to play Tag with a Giant Manta Ray around the pinnacle.

We hadn’t been in the water very long and had slowly made our way to the North West side to look for Mantas, I went out a little deeper and away from the group in the hope of attracting some curious critters for the group to watch, but after a few minutes of fighting the current I decided I would be much happier looking for Octopus in between boulders, I turned around to swim back and my entire group of divers started pointing behind me.

When this happens it is a real poop your pants moment, your brain immediately thinks Tiger Shark and you get the sense you are now in a Hollywood film and what-ever you do, don’t turn around to look at the bad thing behind you. Thankfully this isn’t Hollywood though and my divers had spotted a Manta, literally in the moment I choose not to look, they appear.

This Manta was very playful and made some close passes by me, one of which he decided he like the cut of my jib and got a cordial invite to play tag with him, a little tap on the head.

Check it out, but watch closely for the camera shake, enjoy!

The time I almost kissed a Whale Shark 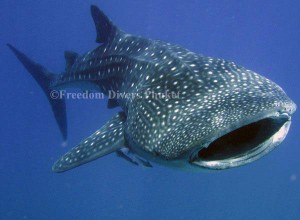 The day had been fairly awesome already, we’d seen two Whale Sharks in the space of a couple hours at Richelieu Rock and we were hanging around on the North side looking for big schools of pelagic fish like Trevallies, Snapper and Barracuda, then out of nowhere a rather large and somewhat un-lucky Whale Shark tried to give me a big ol kiss.

If you watch the video closely it appears this poor guy is also blind on his left side, which is probably why he got so close to me, and because I was hanging silently in the water, not breathing too many bubbles or moving much if at all.

Big hint there guys for close encounters, stay still and chilled! The big guys are super inquisitive and will happily buzz past you if they think you are not a threat.

Anyway I got the whole thing on video, check it out.